Keyton Kodatt has been a student at CA for fifteen years. He has served as president of the Best Buddies Club, a member of the ACT 30+ Club, Drama Club, HOSA Club, International Thespian Society, Mayor’s Youth Council, Mock Trial Club, National Honor Society, Pep Club, Robotics Club, and Student Council. He was also a CA Student Ambassador, a donor for Blood Assurance, and a member of the tennis team. Kodatt received a perfect 36 composite score on his ACT. This fall, he will attend the University of Alabama where he accepted The National Merit Scholarship. He plans to double major in physics and chemistry with a minor in theater.

Lucy Grams has been a student at CA for three and a half years. She has been actively involved in several organizations on campus, such as the ACT 30+ Club, Best Buddies Club, Interact Club, Mock Trial Club, National Honor Society, and the Science Club. This year, she placed second in archaeology at the Columbia State High School Competition and was a Questbridge College Match Finalist. She is a co-founder of The Period Poverty Project, which advocates for adequate and equal access to proper menstrual hygiene care. Grams will attend the University of Alabama in the fall where she accepted the University Scholar Academic Scholarship. She will major in social work with a minor in sociology. 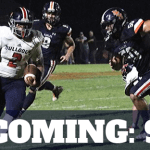 Congratulations are in order for Senior Phillip G. Young I 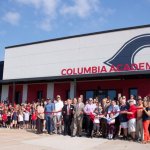 We had a wonderful time celebrating our Spring Hill campus r 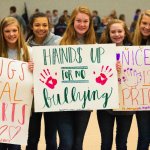 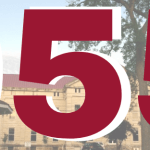 We are so proud to announce our RECORD ENROLLMENT this ye 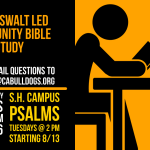 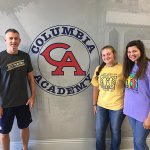